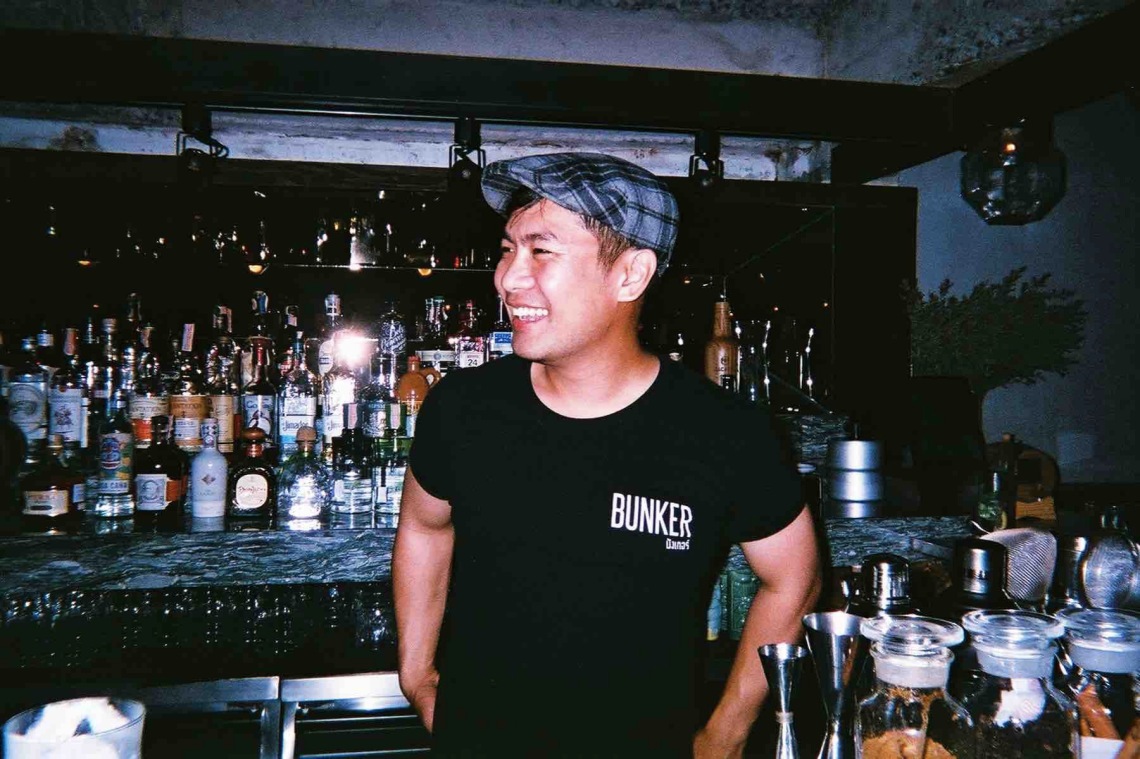 Have you seen this guy? Probably not. As he mostly spends his time either out in the ocean or sourcing for ingredients in the fields or farms and managing his business. He doesn’t appear much behind the stick, but when he does, he can enchant you with his ingredient-focus drinks with a bit of lab experimental flair.

He got that smartly wit and chill dandy feel. Thus he’s also very humble and casually fun. The way he mixes drinks are quite relaxed without any intense actions. As he put his concentration on timing, dilution, and temperature that would deliver his intention of showcasing the ingredients. Which he usually hits the sweet spot.

He invests a lot of time in learning and researching. What I most admired is how he aims to build better farming and sustainable fishing. So far, he has been delivering high-quality ingredients. He’s also put a lot of effort into lab and scientific experiment on ingredients. Sort of a bit of a science geek.

Most the drinks are almost meant to drink right away as the dilution was on point and almost like a race of time. He aims to control and deliver what is best of ingredients. With this time constraint, it also makes you savor with concentration and feel eager to see what he will perform next.

His structure of drinks is rather simple and more about showcasing fresh ingredients and what has been scientifically processed into extractions to deliver its best. Freshness or core taste of element is his keys. For presentations, it’s
either very minimal presented or fully garnished. Furthermore, He has a thing for savory flavors so you better detect it as some drinks might not reveal it in an obvious way. And most of the times, his drinks are with noticeable/hidden touches of tropical.

He’s starting to become more presence recently. After a hiatus. I can’t wait to see him expanding his very own food system and his ecosystem at his premise and beyond. That would significantly contribute to restaurants and bars in Bangkok. I’m sure there are a lot up his sleeves that once he’s entirely back. It’s going to be exciting to see what he will pull off.

*Not include bespoke drinks.